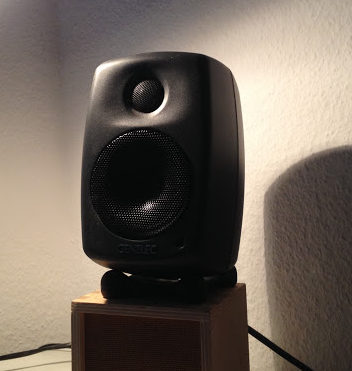 When I had moved to Germany, the music equipment first I bought was Genelec 8010APM.

Sponsored Links
Because it was still soon from coming from Japan, I didn’t have enough money. But I thought I had to get the monitor speakers as soon as possible, since I came here to make music. Then I bought it.

At the time, most of my colleagues who are going to music school  or are about to start his life as a composer in Berlin had Yamaha HS5 or KRK RP5.

I thought that I also buy one of them. But the problem was I was not sure about until when can I live in Germany and even in Berlin I often have to move room to room. So, I would like to have a portable and high quality sound one.

Then, I went to the big instrument shop called Justmusic to check it. In there, I found it. I surprised this small size and resolution at a glance.

At the time, my roommate had YAMAHA HS5. (Most of time, I used that too.) Then I apposed them. The resolution and unity were better than HS5 for my ear.

But surely, low frequency is not enough, because of the size. But in my room, I cannot make a big sound like to see the low frequency. I mean I cannot see how is track sound in the club, and in general, it has enough amount of low.
One of my colleague had RP5, but I didn’t like it. Because although it has much low, but it sounds rough for me.

In Japan, I used to use YAMAHA MSP3. I guess I can see sound details in 8010 than MSP3.(Sorry, I didn’t compare accurately, since I don’t have it right now.)

If you use it without speaker stand and put on your desk directly, resonance of low frequency is big. But you can see the DIP switch on behind to low cut. It can settle very well.

After that I repeated the moving rooms in Berlin, and once I had to go out from Germany and come back. But still I’m with this.
When I go out of Germany, I was not sure if I can come back again, so I didn’t need to sell this because of the size.

When I go out of my room for 1 month and I don’t have a studio in the destination, I put it in my suitcase.

I also recommend it for the traveling musician.
And for the minimalist who don’t want to be constrain the place to live by the thing he has, but want to listen good quality sound on music. 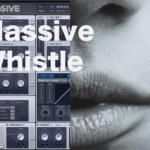 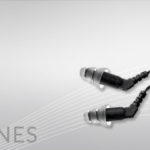 The way to improve my normal earphone dramatically.

I surprised when I try this first. So the conclusion is change the ear-tips to ETYMOTIC RESEARCH‘s one. Now the newest series are ER4SRs. The legend ER4 series are amazing and famous earphones which is featured deep insert canal type ear tip. It’s sounds like input the real sounds into my brain directly. It is so accurate and flat. It’s getting big support not only from the audiophile but also the sound engineer. I also bought ER4S few year’s before and loved it so much. But unfortunately, 2yeas ago it was broken because of disconnection. And I leave it since then. (They didn’t sell the genuine … 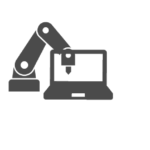 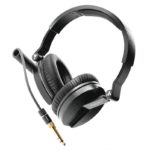