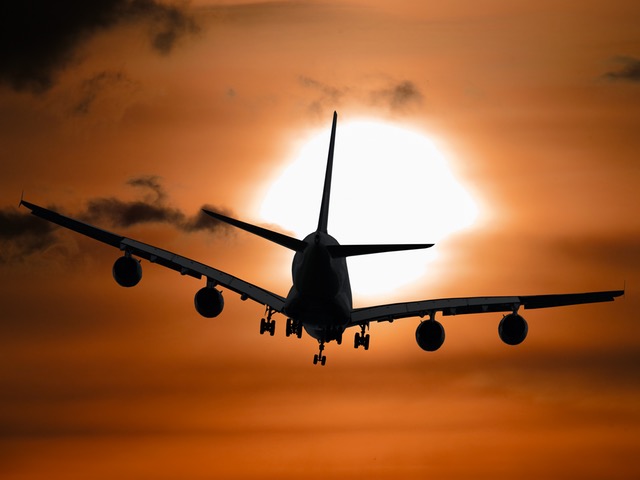 Living as an abroad immigrating musician, and about the money

When I checked my passport, I noticed that 3 years have passed since I had moved to Germany from Japan.
It’s belated, but I’d like to write about my abroad music worker life and money.

I had no intention.

After 10 years company working, I had quit.
And I had moved to Berlin without specific intention.

Since I was already over 30 years old, I couldn’t take Working Holiday visa.
Then I took language (German) course Visa for almost a year.
Then I moved to Eastern Europe for some reason, and came back.
In result, I took freelance artist Visa in Berlin.

Now I make music to earn in this AtagoSounds besides my own music activity.

Yes, I did my music activity from before.
When I came to Germany, I just had my CD release from European label, so I felt I would focus on music somehow.
But to be honest, I didn’t expect that I make music for YouTubeCM, advertisement or smartphone application.

Since my visa was for freelance artist and I couldn’t speak German, so I didn’t conceive of the way of making money except by music.

Then I started AtagoSounds to earn by advertisement music while getting the help of colleague musician, sound engineer and so on.

So you wanna know how much I earn recently.

To be honest, it’s quite little.

So break it down.

1.Requested work
This is my main income currently. Most of them are from my friend and acquaintance.
And then most of clients are from Germany or Japan.
Only sometimes, the client comes from AudioJungle or AudioStock.

2.Performance fee
I’m dining another music activity by my own name. That is focus on live performance and music release.
I can earn approximately 50 euro per 1 gig.
Up until now, highest 200 and lowest 0.
This will vary depending on the genre and type of performance.
And it is the big difference from the Japanese music situation.
Seems like the audience pay to us in exchange for our contribution to the culture.
In Japan, sometimes musician has to pay if they want to perform in front of audiences.
Many of artist and musician in Berlin have many gigs to earn their life.
Also traveling to other cities around since only in Berlin is not enough.

3.SrockMusic sales
It’s AudioJungle (Australian US company) and AudioStock (Japanese Company).
I started it since I have to earn more even a little. Even so I’m really enjoying it now.
Recently I’m making time to work for this even when I have a gig or requested work.

The cost of living is still not high in Berlin

So you would think it’s impossible to live only by that?

But I can for now, at least in Berlin.

Living cost in here is extremely cheaper than the other big city.

I feel it’s like a Southeast Asian city. (Sorry I’ve never been there honestly.)

If you cook for yourself, you can keep within 100 euro per month as the food expense.

And actually I’m so lucky that I could find very cheap room.

Yes, I know these prices are rising, specially in Berlin right now. So, I have to earn more.

But at least up until now, I could live in here, even I make music and work as a composer for all a day.

What should I do?

To be honest, having gig as much as possible, and selling CD by hand are the most reasonable and pleasant way to live.

But it’s the thing that only can hold on many current conditions.

After Berlin’s life cost rising, It would be impossible.

If I move to another city, but it’s not sure that there has good situation for the performance musician.

Then I think the things I should do now is learning how to make music and the way to earn by music from anywhere.

Not only the way to earn only possible now, but also the thing only now possible to learn and to do.

That I want to do now.

The most productive sleeping & wake-up time

For a while since I quit the company and became freelance, there was a time when I was in trouble because I could not make the rhythm of life well. I write the results of sleeping time and waking time which was the highest productivity that I verified on my own then. Sponsored Links In conclusion, for me. The best is getting up at 4AM and going bed 10PM. Below is the process leading to that conclusion. Completely Free Style The first thing I tried is a style that sleeps only when it gets sleepy. The result is always too sleepy. … 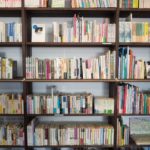 How to move in anxiety, lies of positive thinking

Jogging everyday, reading a book and keeping the pace of life makes it possible to avoid unnecessary stagnation as much as possible, but still sometimes I have times when I can not make it any more . Sponsored Links “The work I have to do is not going well as planned.” “I can not see the direction of this work.” “I wonder why I’m doing this.” “Is there income this month?” When I start to think like this, my logical thinking skills are falling rapidly. The positive attitude towards the work is also lost. I can not try a little …

I cannot win for those who make a lot 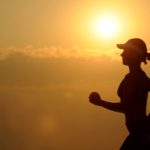 Importance of jogging for artist, freelance or creator.

I’m make music everyday for earn my eat. I don’t go out from my studio frequently. And most of contact from my client are E-mail not direct meeting.(It’s more easier to communicate about music work since my English is not good. and sometimes.) Therefore for me, the most important thing is how stable I can do my work. Working time and working quantity. In this matter I really appreciate the importance of jogging. When I was working at the company in Japan. I also jogged often. But basically I was running around everyday on my company and shop. (Japanese electric … 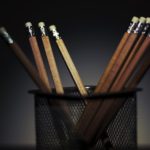 Japanese internet people who have been suffering from pain of creation might have read the articles about Haruki Murakami’s Chandler method. Sponsored Links Also, I knew it in the internet firstly, and then read the book. This method helped me for a long time as an important thinking way of creation. In the first place, Chandler method is mentioned by Haruki Murakami  in his essay book”Murakami Asahi-do Hi Ho!” This is a creation style or a thinking way that Haruki knew from the Raymond Chandler’s book. Then he named it “Chandler method” and took it on his author life. When …